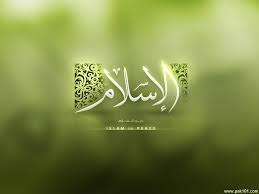 Turning the pages of the Qur’ān and Hadith, Moin Qazi underscores how Islam prescribes moderation in all aspects of mundane as well as spiritual life of believers, and enjoins to shun extreme alternatives.

You live in such a time that if any of you abandon even a tenth of what you are enjoined, you will be ruined. But a time will come when, if a person fulfils only a tenth of what is enjoined, they will be saved, said Prophet Muhammad ﷺ. (Tirmidhi, Book 34: Fitan (Sedition), Section 79, No. 2267)

In the above hadith, the Prophet ﷺ was referring to times like ours when we are living in great strife and facing tough challenges to balance religion with modern imperatives and a social environment that is enveloped in strife and cultural and social distress. This Prophetic advice emanates from the Holy Qur’ān: “And God has not laid upon you any hardship in matters of religion.” (22:78) The Qur’ān further says, “God intends for you ease and does not intend for you hardship.” (2:185) The Qur’ān reinforces this message once again, “God does not burden a soul beyond its capacity.” (2:286)

The theme of moderation has been the leitmotif in Islamic literature since the time of the Prophet. The application of moderation covers all aspects of our lives, both worldly and otherworldly. The Qur’ān and the Prophetic traditions amplify the various injunctions in this regard.

Muslim women and men are called upon to exercise moderation in all aspects of their religious life.  The Prophet ﷺ confirms the essence of the Qur’ān’s message: “Make things easy, do not make them difficult.” (Bukhari) One of the most commonly cited examples is of easing the obligation to fast during the month of Ramadhan for travellers, as a way of cautioning believers against excess. Such Islamic provisions have guided most Islamic scholars to understand the Qur’ānic quotation describing the Muslims as the “community of moderation”. We are repeatedly enjoined to follow the Middle Path and shun the extreme alternatives.

Islam instructs its followers to believe in this world and the world to come in such a way as not to have one overpower the other. The Muslim has the right to enjoy the pleasures of this world, because it was created for him. “But seek the abode of the Hereafter in that which Allah hath given thee and neglect not thy portion of the world, and be thou kind even as Allah hath been kind to thee, and seek not corruption in the earth; lo! Allah loveth not corruptors” (28:77).

During the first Islamic century, two interpretations of religious practice sprang up: ahl al-’azīma, which interpreted religious practices (as reflected in Shari’ah rules, precepts and injunctions) and applied them strictly (to the letter of the law) without benefiting from exemptions under specific circumstances; and ahl ar-rukhaṣ, which considered, apart from these factors, the need for flexibility vis-à-vis the social context of the day, not to mention instances of need (hāja) and necessity (darūra).

Over the centuries, most Islamic scholars and Muslims around the world (whether Sunni or Shia, irrespective of legal school), have preached and followed the path of moderation in the practice of   religion. While strictly devoted to fundamental principles (such as the content of the creed, or aqīda, including five prayers a day and fasting in Ramadhan, and prohibitions such as avoiding alcohol and pork), they have adapted to changing times (for example, integrating aspects of new cultures, producing legal opinions for the latest scientific or technological challenges, and so on).

In a way, the Qur’ān reiterates the Greek ideal of “the golden mean” and “nothing in excess”. Over-indulgence in worldly pleasures is discouraged because it leads to several mental and physical perversions and man is inclined to feel a spiritual vacuum if he has not tempered his worldly life with the demands of his soul.

Similarly, asceticism to the point of harshness would deprive him of experiencing the subliminal beauty of life which is one of God’s great bounties. In short, we can have a more balanced individuality if we harmonise our worldly and spiritual needs and requirements.

A unique feature of the Qur’ān is that while it spells out an ethical code, a moral path, a political system, a social norm, economic order, and legal philosophy, it also presents in the life of Prophet Muhammad ﷺ the practical exposition of an ideal model it postulates. There is hardly any aspect of life that has not been touched upon by the Qur’ān; and in a similar vein, the Prophet’s life penetrates with remarkable versatility every domain of human life, both public and private.

For the Qur’ān, Muhammad ﷺ was an individual through whom every word of it shone like a gleaming star. The Qur’ān was the focal object of Islamic virtues and the life of the Prophet a mirror that reflected in the purest form the impressions of the Book. As the Qur’ān says,

“O Prophet! Lo: We have sent thee as a witness and a bringer of good tidings and a warner. And as a summoner unto Allah by His permission, and, as a lamp that giveth light.” (33:45-46)

Found in numerous hadith collections, but perhaps made most famous for its mention in al-Nawawī’s renowned collection of forty hadith, the Prophet Muhammad ﷺ said,

The Qur’ān spells out a life that is a harmonious blend of the otherworldly and mundane. It emphasises that a perfect model of religious life is not one based on the mere performance of rituals. One must also integrate oneself with the family and the community. The synthesis is attempted in a manner that one gives meaning and content to the other. The Qur’ān recognises two basic obligations of an individual: one to God and the other to society thereby ruling out any possibilities for a life of asceticism and monasticism.

The Qur’ān also disapproves of the other extreme of lifestyle – luxurious and pleasure-seeking. It calls for moderation in all spheres so that a complete and wholesome life can be achieved.

The Prophet himself was very practical and realistic in his approach. Once the Prophet saw a wretched, ugly man with torn clothes. He asked the man the reason for his pitiable state. The man replied, “O Messenger of God, I prefer giving all in charity, contenting myself with this shabby dress.” The Prophet exclaimed in disapproval: “Not like that; God likes to see the traces of his benefit on his slave!”

Moderation is a fundamental and distinguishing feature of Islam. God says, “We have made you a nation justly balanced.” (2:143) Additionally, when the Qur’ānic verse, “As to monasticism which they themselves invented, We did not prescribe any of it for them,” (57: 27) was revealed, the Prophet Muhammad ﷺ commented, “Do not overburden yourselves, lest you perish. People [before you] overburdened themselves and perished. Their remains are found in hermitages and monasteries,” (Musnad of Abu Ya’la). In other words, excesses may eventually develop into large problems and even become a threat to the well-being and security of the Muslim community.

The middle way describes the middle ground between attachment and aversion, between being and non-being, between form and emptiness, between free will and determinism, between hedonism and asceticism, and between harsh self-denial and sensual pleasure-seeking.

To use the words of Socrates, “Remember that there is nothing stable in human affairs; therefore, avoid undue elation in prosperity or undue depression in adversity.”

This isn’t about endurance nor is it about apathy, it’s about balance. Michael Singer explains it well in The Untethered Soul. He writes, “The more you work with balance, the more you can just sail through life. All forces are in harmony.”

During the early Makkan period, the word used to describe Islam was, “Al-Yusraa,” or “The Easy Way”. There is a plethora of verses that testify to the Qur’ān’s underlying philosophy of moderation.

“God desires to lighten things for you, for the human being has been created weak.” (4:28)

Here is a sampling of hadiths that amplify the Qur’ānic verses.

The Prophet Muhammad ﷺ once asked a companion, “(Is it true) that you fast all day and stand in prayer all night?” The companion replied that the report was indeed true. The Prophet then said: “Do not do that! Observe the fast sometimes and also leave (it) at other times. Stand up for prayer at night and also sleep at night. Your body has a right over you, your eyes have a right over you and your wife has a right over you.” (Sahih Al Bukhari, Volume 7, Hadith 127)

“The good deeds of any person will not make him enter Paradise (i.e., no one enters Paradise only through his good deeds).” The Prophet’s companions asked, “Not even you?” The Prophet replied, “Not even myself unless God bestows His favour and mercy on me. So be moderate in your religious deeds and do what is within your ability. None of you should wish for death, for if he is a doer of good, he may increase his good deeds, and if he is an evildoer, he may repent to God.” (Sahih al-Bukhari, Volume 7, Hadith 577)

The Prophet ﷺ once told his close companion Abdullah ibn Amr, “Have I heard right that you fast every day and stand in prayer all night?” Abdullah replied, “Yes, O Messenger of God.”

There is another authentic tradition, in which Abu Hurairah reported that the Prophet ﷺ said, “The religion (of Islam) is easy, and whoever makes the religion a rigour, it will overpower him. So, follow a middle course (in worship); if you can’t do this, do something near to it and give glad tidings and seek help (of Allah) at morn and dusk and some part of the night.”

The Prophet ﷺ believed that an ideal life had the right combination of both the essential elements of life. One which could provide dignified life on earth; the other which could provide salvation to him in the hereafter. The essence of his message is contained in his well-known saying, “Do for this world as if thou were to live a thousand years and for the next as if thou were to die tomorrow.” (Jamius-Saghir, II/12, Hadith No:1201)

The Qur’ānic philosophy of moderation is best addressed in this advice:

“O children of Adam! Wear your beautiful apparel at every time and place of prayer, eat and drink but waste not by excess, for Allah loves not wasters. Say: ‘who has forbidden the beautiful gifts of Allah which He has produced for His servants and the things clean and pure which He has provided for sustenance.” (7:31-32)

The Qur’ān exhorts us to maintain a balance between extravagance and parsimony. This is in recognition of human nature, which has the dual impulses of compassion and an inherent love of wealth. In this way, Islam’s religious teachings counsel temperance and prudence; whereas Islam’s spiritual teachings urge selflessness and generosity.

Distractions from the path of piety could include even family, “Wealth and sons are the ornaments of the nearer life, but enduring works of righteousness are better before your Lord….” (18:46) In another passage, the Qur’ān appears to contradict it, “O you who believe, do not forbid the good things that God has allowed you,” (5:87) but the passage goes on to say, “nor go to extremes, for God does not love those who go to extremes.” Their piety was to be always with them as a source of balance and harmony, part of their everyday life. They were to be, “In the world, not of the world.”